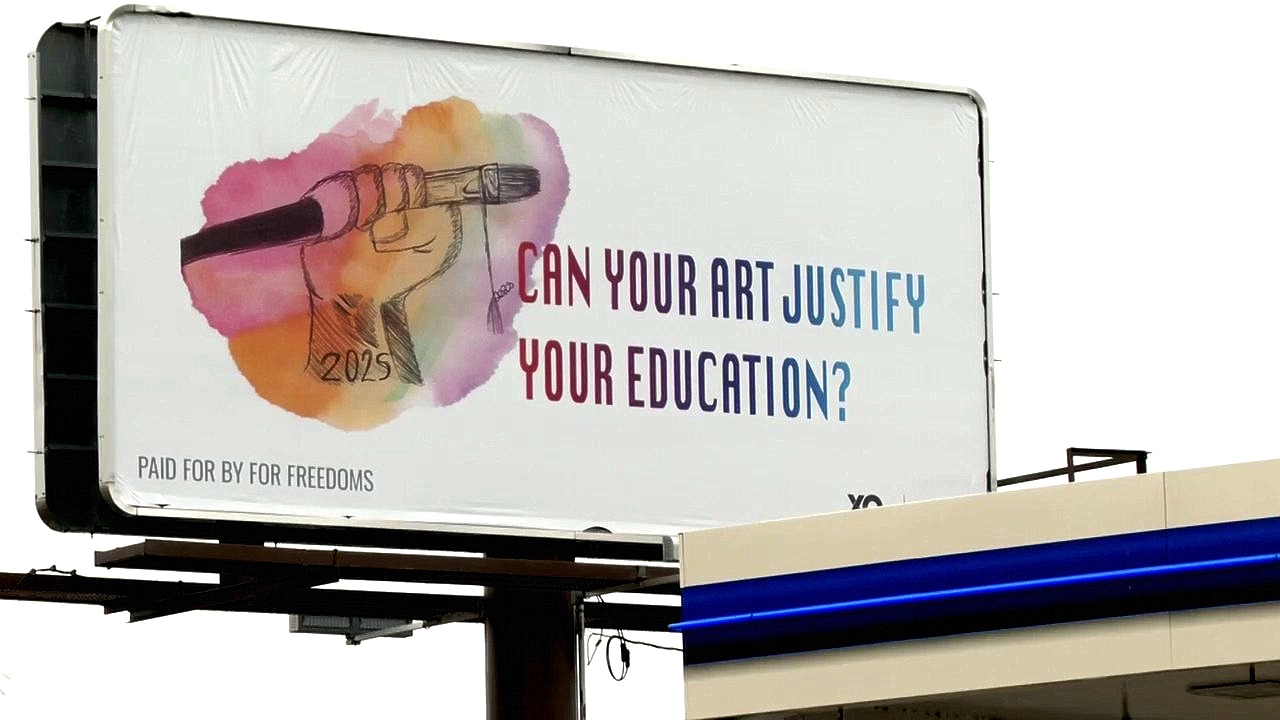 BUFFALO, NY (WIVB) – There are two billboards on display in Buffalo that were designed by two local high school students who won a national competition.

“It’s a green and pink billboard with a flower design,” said Cinara Marquis, describing her billboard on Main Street in Buffalo.

The billboard, which sits near the medical campus, tells Buffalonians, “Keep the city green” and sits above a litter-ridden area.

“I think it raises awareness of the Buffalo environment and that we need to keep it clean and green.”

The 11th grader enjoys cleaning up his neighborhood in his spare time. She would like to see more community gardens and hopes this 14′ X 48′ canvas will help convey that message.

Minutes from that billboard, another sits on the corner of East Ferry and Jefferson with a written question about, “Can your art justify your education?” »

This one was designed by Cinara’s classmate and friend, 9th grader Kendric Warrick.

“Art is a communication tool that anyone can use,” Warrick said.

Both go to school at the Buffalo Academy for Visual and Performing Arts. They said one of their professors told them about a nationwide contest run by two nonprofits: XQ Rethink Together and For Freedoms. The challenge was to create a piece of visual art showing their vision of high school for the next generation.

Eleven youngsters were chosen to win. Two of them came from the same school in Buffalo.

Cinara and Kendric have been interested in art since they were young. They also participated in projects in the queen city. Kendric helped paint a mural in Bailey and Kensington that reads: ‘YOU ARE NOT ALONE’. He also helped paint a mural on one of his school’s exterior walls. Kendric also helped put together an art installation at Explore & More, which you can see from outside the building.

They chose a school that promotes the arts because schools across the country have cut art programs.

They both said that art has helped them become better students in all areas. Kendric’s billboard inspires people to think about the impact the arts can have on their education.

The two billboards prove that the action can come from people of all ages.

“I felt jubilant,” Warrick said after seeing his billboard for the first time. “I hope they get what I put there.”

“I just felt amazing and really proud of myself,” Marquis said.

The display panels will be in place until Monday, February 28. According to an XQ spokesperson, each costs around $2,000.

Kelsey Anderson is an award-winning presenter and journalist who has been part of the News 4 team since 2018. See more of her work here.