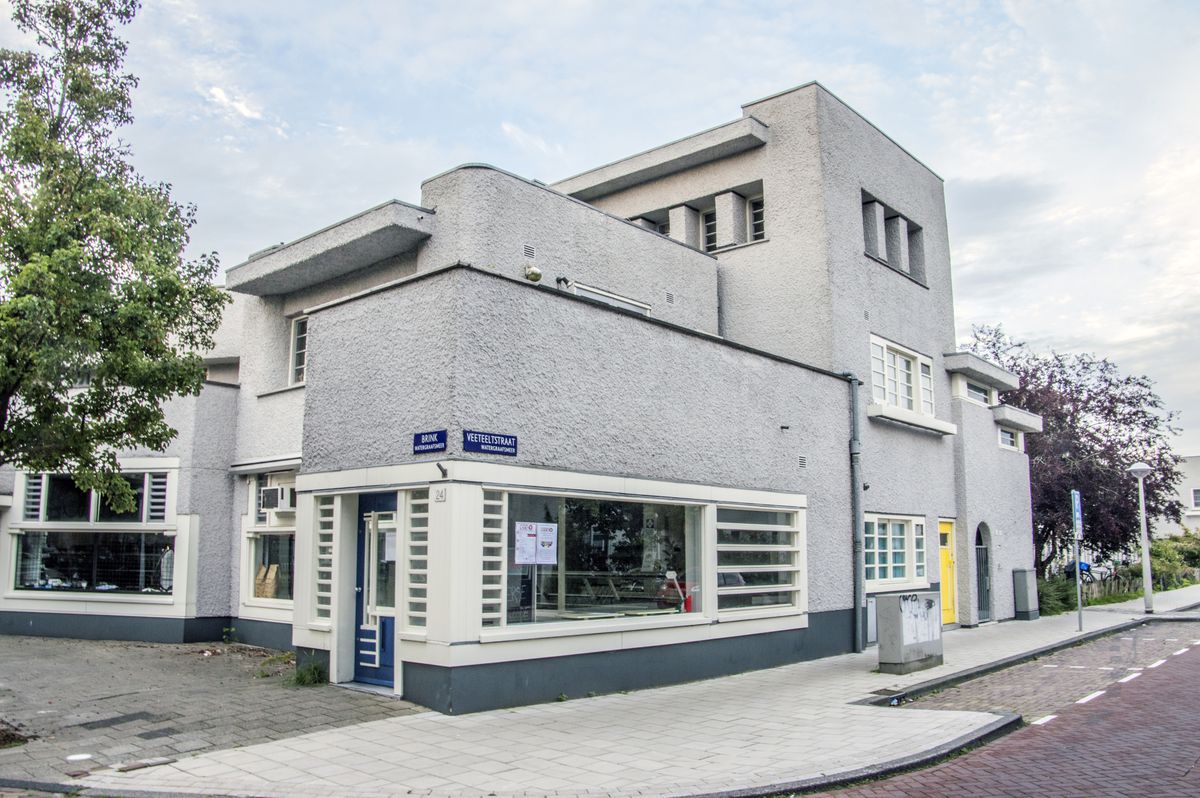 Travel east to Amsterdam, a hub of architectural design and great food

It’s not often you find yourself on an epic ride through Amsterdam. In the misty 17th century streets of the Canal Belt, connecting the dots will take a mere 20 minutes. And that’s where you’re not riding a bike – on two wheels the streetscape flies by. Even if you’re not an architecture buff, like me, it seems like a shame to rush into a city worth savoring.

I was lucky on a recent visit when an unexpected encounter occurred in the distant Watergraafsmeer, beyond the houseboat villages on the Amstel River in East Amsterdam, or west. I had plenty of time to sabotage it, and I’m glad I did. Outside the confines of the Golden Age center, leaving behind tourists who oscillate between Anne Frank and Rembrandt, I wandered into a quiet, colorful and hyper-local version of Amsterdam I never knew existed. .

Because, of course, Amsterdam is more than Golden Age marvels and World War horrors. The East in particular acts as a livable timeline of modern Amsterdam – its rise, fall and unmistakable rise, uniting progressive design with lowland gardens and excellent cuisine.

What first stopped me were the signs around Frankendael Pastoral Park (more on that later) welcoming me to Jeruzalem. Over the years, I’ve learned that many streets in Amsterdam have colony name checks – Javastraat, Afrikanerplein, Surinamekade – and many immigrants from the former colonies. ended up living there. Jerusalem, however, was not a Dutch colony. So I took a detour to the Watergraafsmeer district and jumped back centuries to the 1950s.

Around me, rows of flat-topped white houses are arranged in long L-shapes around pretty parkettes and playgrounds. Some appeared to have been clad in gleaming white brick or whitewashed cedar siding; they all had large windows and small balconies facing north and south. I reported a woman pushing a stroller to elementary school. Where was I in the timeline of Amsterdam’s architectural evolution?

Obviously, the name Jeruzalem is a nod to the so-called White City, built in the center of Jerusalem by Bauhaus architects between the World Wars. Their functionality and sense of community inspired architects in Amsterdam during the post-war development boom. One woman in particular, pioneering architect Jakoba Mulder, adapted them to the outer city and spearheaded the design of Jeruzalem. In 2010, long after his death, it became the first post-war neighborhood to be granted national monument status.

I was on the verge of something. After my meeting, I resumed exploring and meandered south through the Nieuwe Ooster cemetery – less a gloomy graveyard than an ecosystem of old oaks, chestnuts and hawthorns, where butterflies swarmed in the bushes. Watched a heron pluck its nest as squirrels ran around the white military gravestones and through a lovely little section for pets. Further on, flowers and gold stars adorned the graves of area Jews sent to die during the war. And around the bend was an angular columbarium covered in shiny zinc with sunken niches where I could sit and gaze out over the birch forest.

Family Send: A Tour for All Ages of San Miguel de Allende and the City of Guanajuato, Mexico

Restaurants worthy of a summer road trip from coast to coast

True to its name, Watergraafsmeer was literally reclaimed from the water, drained by the canal system dug in the 1600s. The lush green polder that flourished here, below the level of the nearby IJ River, served for some playground time for nobility and bankers. When the humidity took them, they left. The last remaining country estate, a mansard-roofed mansion called Frankendael House, is now the centerpiece of the neighborhood.

Watergraafsmeer got really interesting in the 20th century, however, after engineers got better at keeping water out. Even before Jerusalem, great projects were underway. A hundred years ago, the city’s socialist government, determined to rehouse the poor, infirm and ghettos, began to consider concrete as a quick and cheap solution. They hired a team of innovative architects to experiment with concrete construction methods. The result was Betondorp: an isolated community in a hodgepodge of art deco, Bauhaus and cubist.

Betondorp took a while to get to, past the end of the cemetery, over a canal and through a maze of brick streets clearly designed to deter traffic. But when I finally arrived in the central square, the steel-gray buildings appeared like works of art, adorned with wide rows of windows, ziggurat tiles and flashy Mondrian-colored doors. And with only me to admire their distinctly European, pretty ugly seduce. Where were all the tourists?

Amsterdam Oost is probably no longer a secret. With the increasingly crowded canal belt and the fashion of Amsterdam moving outside, the area bounded roughly by the Amstel River to the west and Singelgracht, the outer belt, to the north, has transformed. Restaurants like Canvas, by the river, and Bar Botanique, in the gentrifying multicultural enclave Indische Buurt, are staples of design magazines. Hotel Arena has a popular café that spills out into Oosterpark, a vast, leafy sculpture park with playgrounds and ponds. The Volkshotel’s rooftop lounge offers a rare panorama of the city.

But visitors tend to stop before Watergraafsmeer, and that’s a shame. When I returned to explore another day, I hid behind Frankendael House to find seven acres of parkland covered in wildflowers and tall grass. At its center, in a huge century-old greenhouse, is one of Amsterdam’s finest restaurants – De Kas, which grows all its own produce on site. The mansion itself had a cafe with tables in the gravel courtyard. Deep in the lawns of Frankendael, families had gathered for their own Luncheon on the Grass.

I ended up getting on a bike. I cycled five minutes along pretty Galileiplantsoen to Science Park, the sprawling campus surrounding the University of Amsterdam. Science Park is built with showy postmodern architecture in every material imaginable. And yet, as soon as I looped back, I found myself on narrow brick roads lined with steep townhouses – those quintessentially Dutch backdrops that visitors love. Rolling back to Jeruzalem, I stopped at the Poesiat & Kater microbrewery for lager and bitterballen, the ubiquitous Dutch croquette, then continued along the Ringvaart canal past all types of gables, turrets and balconies. And when I reached the Amstel, the western border of the district, children were jumping into the water to cool off while their parents were sunbathing on the bank. Between wide open spaces and remarkable calm, I relaxed in vacation mode. Finally, I returned to the center, among the hordes. This time, I was keeping a beautiful secret.

Keep up to date with Sightseer’s weekly newsletter. Register today.