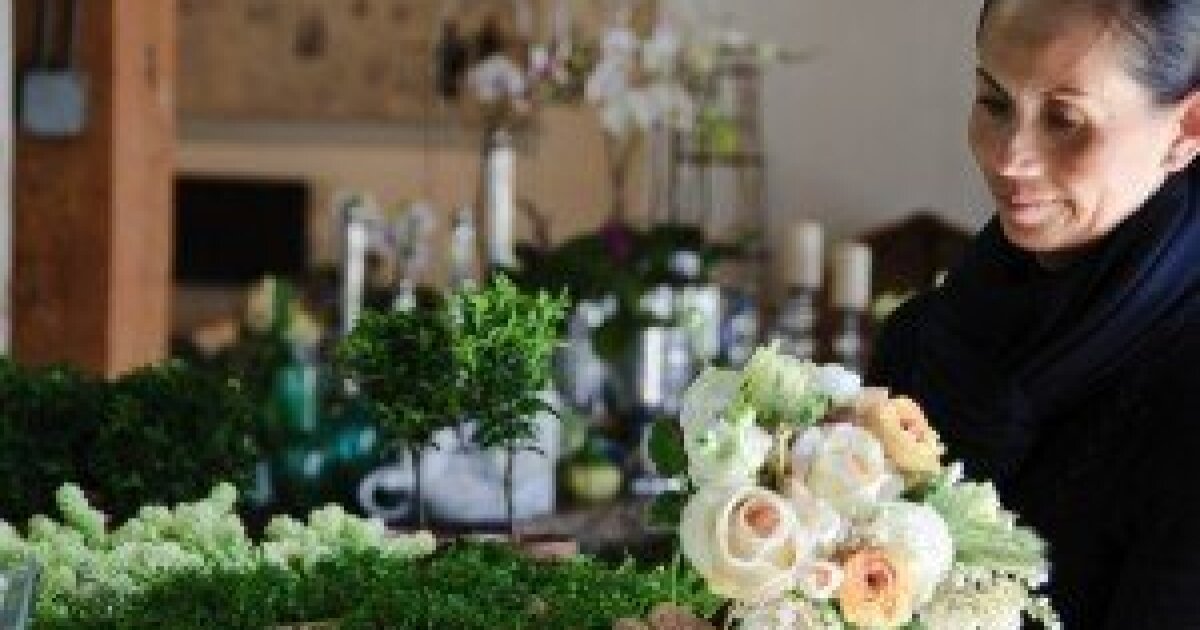 The 16th century gave birth to a fantastic world of flowers – huge, whimsical arrangements of tulips, peonies and poppies – which we know only from the paintings of the Dutch Renaissance masters.

At Solana Beach, however, a floral artist is bringing the style back with a private flower design class on April 4. The Dutch Masters course is the first of seven to be held monthly through September at the Isari Flower Studio, located at 414 N. Cedros Ave., and run by studio owner, designer and stylist Tam Ashworth. Other classes include a mother-daughter class, a peony class, and a culinary creation class that will incorporate fruits and greens for an edible design.

Ashworth, a native of Thailand and a former model who has experience styling multi-million dollar weddings all over the world, doesn’t just supply the flowers. She entertains her guests, shares the story or background of the topic, guides her students through their step-by-step arrangements, and offers themed food and drinks.

â€œPeople want to be able to enjoy their flowers, and instead of just going out and buying them, they can do something important, a masterpiece that they can take with them,â€ Ashworth said in a recent interview in his Solana Beach studio.

Vibrant and well-spoken, Ashworth makes her presence as well known in her studio as the bouquets of flowers and the ornaments that adorn it. An ordinary afternoon for Ashworth consisted of making plans over the phone, brainstorming a set for a ‘dream wedding’ theme, and discussing the plans with the happy brides-to-be who were stopping by the studio.

â€œPeople work with me for their wedding because they know I take care of everything. That’s a lot to fear for a bride, â€Ashworth said. â€œWhen I do events, it’s not just flowers. I can just do flowers if you like, but generally I stylize the whole wedding. “

Ashworth knows a challenge when it comes to styling weddings. Last winter, she hosted a ceremony in India and Thailand for a couple seeking an elaborate marriage. The 30-person event in India was intimate, while the ceremony in Thailand consisted of setting up an entire wedding structure and kitchen on a desert island and transporting all gear and 135 guests by yacht. This extravagant case was featured in Harper’s Bazaar Thailand.

â€œWe managed to put all of this in place in about a month, and we did it all via Skype,â€ she said of the feat.

Another of Ashworth’s masterpiece weddings was featured in the March 11 issue of the Los Angeles Times. Although much of the ceremony was self-made, Ashworth was showcased for her bouquets, which added a significant touch to the bohemian-style wedding.

Ashworth has been arranging flowers since 1988, when he arrived in the United States. She said she wanted to work with flowers from a young age.

â€œBefore I could even speak English, I knew what daffodils were,â€ she said. â€œBeing born and raised in Thailand, we didn’t even have daffodils there, but I knew what they were.

Ashworth said she would delve into flower books as a child, just as she does now to get ideas for her arrangements and classes.

â€œI am an artist and flowers are my medium,â€ she said.