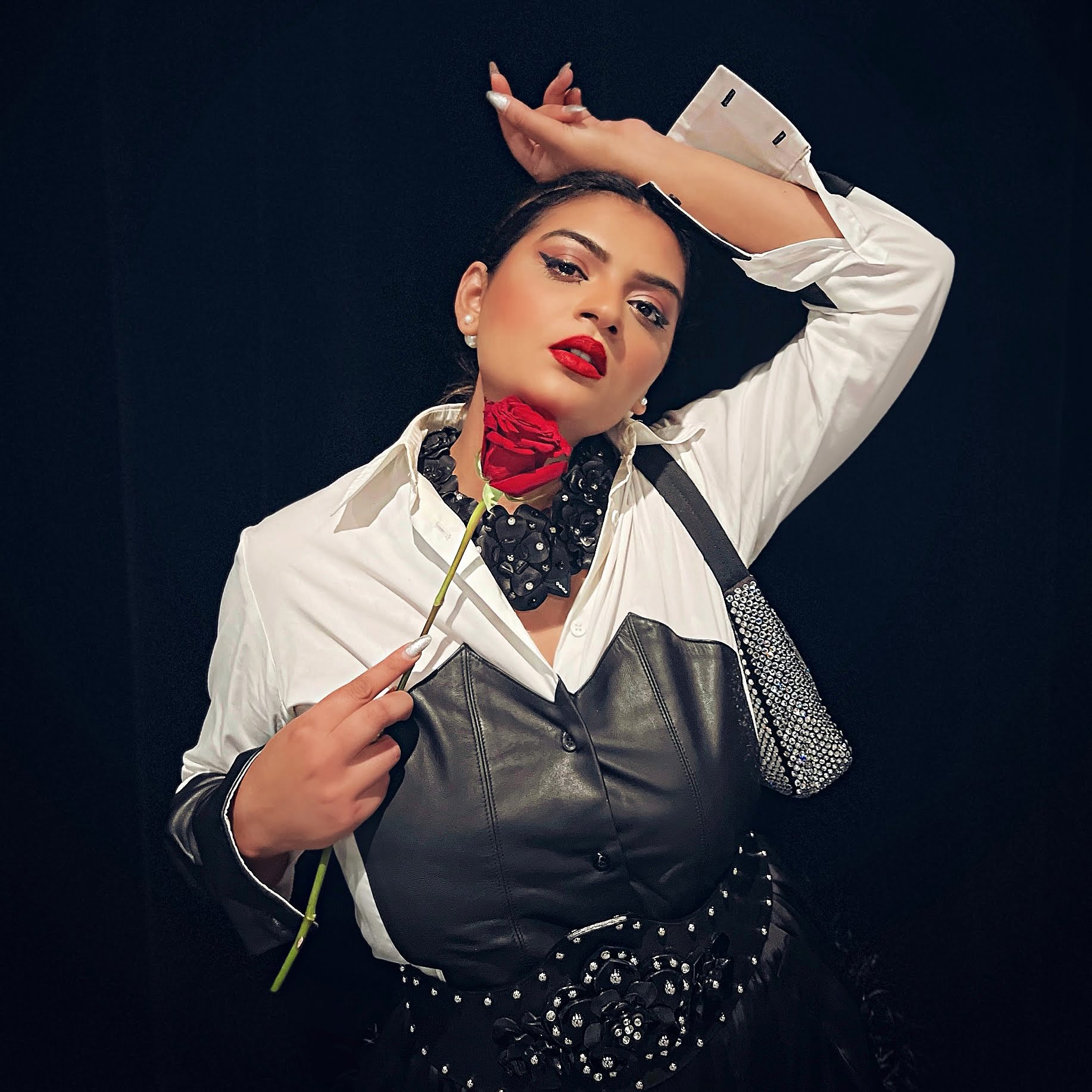 Fashion designer and influencer/model Rini Jain is covering this year’s New York Fashion Week with 360 Magazine. We sat down with her to hear all the takes and highlights from one of fashion’s biggest weeks.

What shows did you attend at this year’s NYFW?

I was thrilled to be a part of some amazing shows this season like Pamella Roland, Dennis Basso, Homolog, Selkie, Tia Adeola, Rebecca Minkoff, Tiffany Brown, June79, Melke, Revolve, Bruce Glen, Deity, Leonardo 5th Avenue, and more . I also attended the 130th anniversary celebration of Vogue magazine organized by the Vogue Club. I made sure to get online previews of some of the other shows I was invited to, but missed the ones due to conflicts, New York weather and traffic like Frederick Anderson, Cucculelli Shaheen, Willy Chavarria, Blonds, KGL (and some Suite).

How was this season different from the previous season?

The number of tracks, presentations, after-parties and private viewings was clearly high enough to make up for two years of the pandemic. Lineups and guest lists both seemed more bloated than in previous seasons. Even though NYFW’s central location remained Spring Studios, there were more shows this season that were offsite, making it extremely difficult to commute from show to show. There were more influencers and content creators in attendance, highlighting how instrumental digital content has been in helping brands move their products. This season, I’ve personally had a record number of runway invites and collaborations with designers to wear their pieces during NYFW. Additionally, NYFW was more international this season with two major Italian houses in the roster – Fendi and Marni.

Who were you most looking forward to seeing and why?

I was very excited for Pamella Roland and Dennis Basso, not only because I really identify with the unabashed glamor and glitz of their collections, but also because it was the milestone year and show for both of them. It’s been 20 and 40 years respectively for Pamella DeVos and Dennis Basso since they launched their own fashion labels. While Pamella Roland’s decor was inspired by the streets of New York with a backdrop that resembled a flower stand, Dennis Basso’s showcase was in the incredible ballroom of the Hotel Pierre, with no shortage of celebrities in attendance – everyone from Martha Stewart to Kris Jenner, to Carmen Dell’Orefice, and more.

What looks stood out to you?

There were so many. Of the shows I’ve attended, Dennis Basso’s fur outerwear and Pamella Roland’s feather detailing were used in interesting ways in the pieces. I loved Melke’s rich colors and dramatic, edgy designs. I totally look at the ruffles, bows, ruffles, oversized collars and bags that looked like pillows from the Selkie storefront. Also, I loved Tia Adeola’s take on the knit fabrics, cutouts, and counter-bodies. From some of the other shows, I loved the Tom Ford look for Bella and Gigi Hadid, and the hot pink suit was so gorgeous. Coach’s patchwork pieces and Fendi’s purple and green sequin look certainly caught my eye. Peter Do’s opening look was absolutely magical, a perfect example of flowing couture. I also loved Tibi’s stab in menswear, especially the perfectly bouffant all-denim look. Marni’s ultra-flare velvet jeans with artwork by Flaminia Veronesi were a highlight for sure.

Are there any recurring themes or trends that have caught your attention?

Fringes, cargo pants, sequins, feathers, many back-to-school looks, and the color purple were certainly some of the common trends at many shows.

Which designers have you worn?

Why did you choose these designers?

I have chosen a mix of designers and brands that are creatively different and unique from each other, represent different visions, cultures, the pieces that will allow me to experiment and style looks in unique ways, and allow me to present my personal style and my creativity. I identify so much with the flamboyance and elegance of Ivan Young’s pieces. At the same time, I was so intrigued by the unique way Oroy Shakhidi constructs a room and its opulent finishes. MAM, Misa Harada, Kerry Parker are some of the brands that allow me to bring that element of “statement” into my looks with their accessories. With Uncuffed Leather, I identify so much with designer Olga Barsky’s immigration story and her vision to create durable leather pieces and accessories. Every season I make sure to wear a few pieces that represent my South Asian/Indian roots, hence Nirmooha and Bani Pasricha, which I adore.

What was your vision behind each look?

I usually draw inspiration from previous eras, models, catwalks, movies, art and more for my look. You can describe my “Mix Match” style because I like to create my own looks that draw inspiration from several things at the same time. If I had to describe my look for the Selkie show this season, I’d say “Barbie Meets the Royals”, where I paired a Ruffles Pink Checkered ensemble with feather detailing, with gloves that had flower detailing and a Hats off to give it a royal family vibe. For another look, I created a modern Audrey Hepburn by pairing a black velvet dress with powerful shoulders, paired with a beaded body necklace. For shows like Dennis Basso and Pamella Roland, I created an extremely sophisticated, flamboyant, elegant and decadent vibe that totally matched the vibe of the shows I attended, wearing a trendy dress adorned with ostrich feathers.

Have any of your outfits been influenced by your South Asian origins?

Yes absolutely! I make it a point to represent my culture and showcase amazing Indian designers through at least one of my looks each season. This time I wore a stunning saree from Nirmooha and styled it in a very unique way with gold accessories like vintage gloves, handbag and earrings. The outfit was an absolute show stealer and garnered compliments from event attendees hosted by Afterpay, NYFW’s official partners, and was also covered by various media houses including Getty Images.

Why is it important for you to attend Fashion Week?

I am a fashion student at heart. I learn something new with every show I attend and I get inspired to create better. It’s a huge opportunity for me to connect with amazing brands and designers, network with like-minded people, have fun, and be more creative and experimental with my own outfits during Fashion Week.