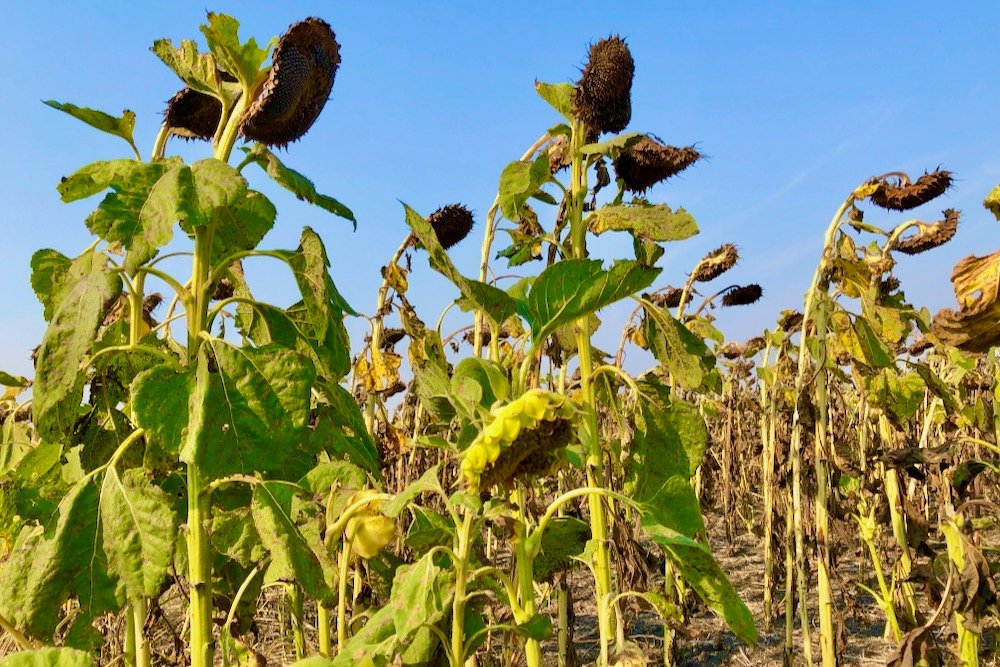 MarketsFarm — If Canada’s 2022 sunflower seed crop were to be the lowest in five years, you wouldn’t know it from talking to growers about the crop.

“Right now (the sunflowers) are in the flowering stage, so the seeds are starting to develop into the buds. Their stems are nice and strong,” said Jody Locke, creator at the Seed Processing Plant of Scoular in Winkler, Manitoba.

“It’s a big harvest overall. There’s a lot of acres there for black oils and some for confectionery as well… We’ve had a lot of heat and we’ve had enough humidity that they’ve done very well.

Manitoba Crop Alliance director Gregg Fotheringham, who grows sunflowers near Reston in the southwest corner of the province, said growing conditions this year are much better than in 2021.

Locke added that while there are fewer acres for confectionery (striped) sunflower seed, the acreage planted for black oil sunflower seed has increased over the past two years. She acknowledged that the harvest did well despite last year’s drought, but that quantity doesn’t always correlate with quality.

“The seeds didn’t fill out (last year) as much as they normally would, so they were smaller and a bit lighter,” she said. “(This year) everything is looking really good. The seeds are developing now, but there’s no reason to think they won’t produce very good seeds this year.

As for demand, Locke said sales are back to pre-pandemic levels and confectionery sales are slightly higher due to the return of sporting events.

With sunflower exports from two of the world’s leading producers of the crop, Russia and Ukraine, dwindling to a trickle due to the conflict between the two nations, it stands to reason that Canadian sunflower seeds and oils would be more in demand. However, Fotheringham does not know if this is the case.

“We’re going to need a month or two to see if demand really picks up. I think that should definitely help us, but that remains to be seen,” he said.

Meanwhile, Fotheringham is very pleased with this year’s harvest.

“I think if ‘Jack Frost’ stays out until the second week of September, that crop is done.”