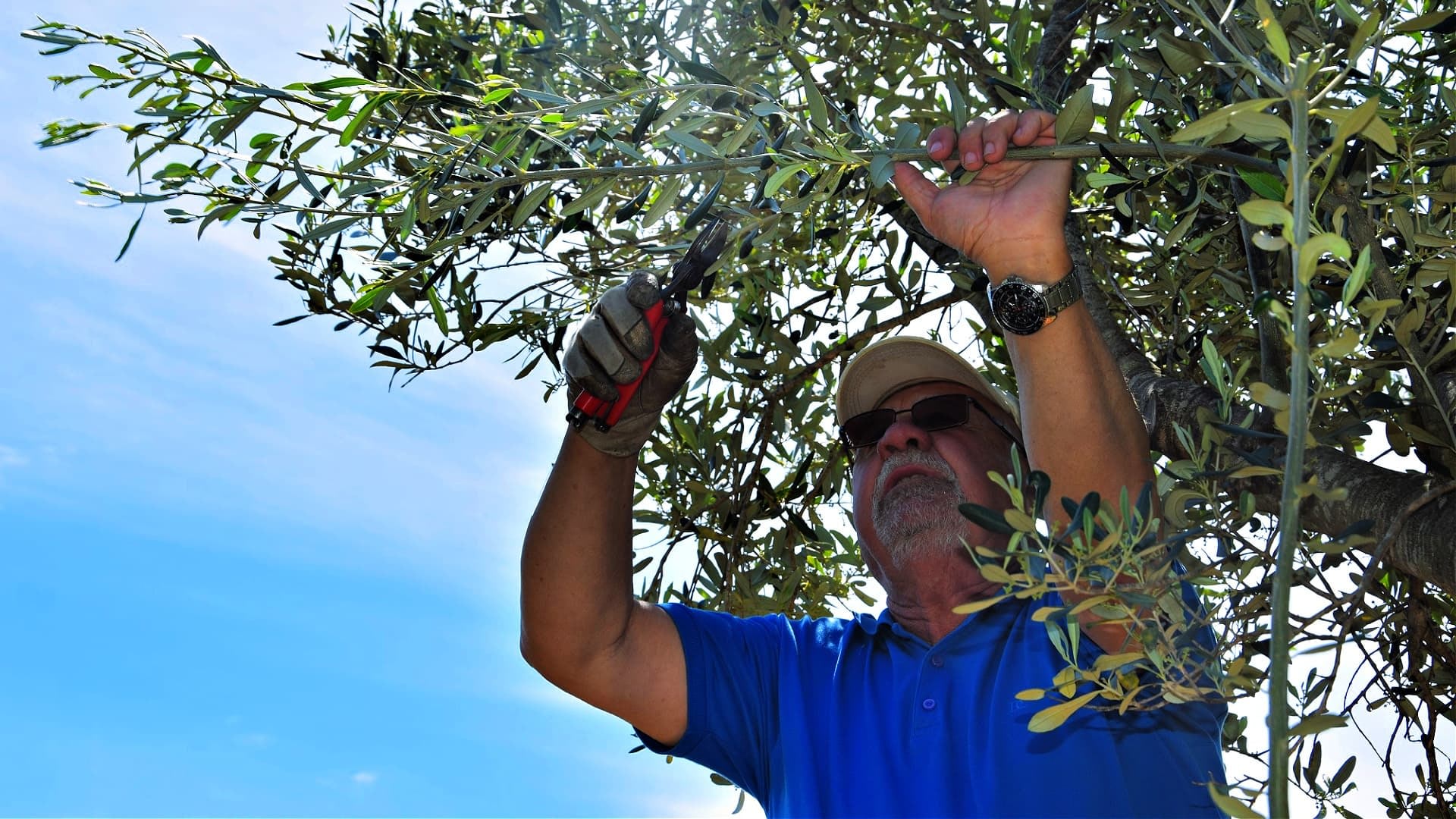 According to renowned Croatian agronomist Marijan Tomac, garden shears play an important role in determining the yield and quality of the olive harvest.

Therefore, when and how olive trees are pruned is of utmost importance for quality.

More than six million olive trees grow in Dalmatia and Istria. The best time to start pruning is the second half of March or the beginning of April.

At this time, farmers can differentiate fruiting flower buds from tree buds, which are the start of a new branch.

Before the buds arrive – from February to early March – Tomac advises farmers not to start pruning because the olive tree reacts negatively to anything that disturbs its dormancy.

Pruning too early can lead to the loss of leaves, from which the tree absorbs sunlight and converts it into energy. This is crucial for the development of flower buds.

In addition, early pruning favors vegetation, so that possible cold fronts, with temperatures as low as -9 ºC in recent years, can freeze the buds and leave trees without fruit.

There are multiple benefits to pruning at the right time, immediately after the bud opens.

At this time, less professional olive growers can estimate the number of flowers and therefore the potential amount of fruit.

It is important that in the case of olives, unlike other types of fruit, it is impossible to distinguish the flower bud from the buds of the tree with the naked eye.

However, Tomac warns that pruning should not be done past the time of full bloom. By this time, the tree has already spent a lot of energy and resources, which would be wasted by pruning too late.

Late pruning by itself does not harm the tree, but greatly reduces vegetative growth and annual branch growth.

Although they have determined when to start pruning, most olive growers quickly understand how to prune effectively after a short demonstration.

Most people understand that the canopy needs to be thinned, open in the middle, so that there is enough sunlight. Shoots should also be shortened, and trees should not grow too tall.

Unfortunately, there are still those who leave the canopy too dense. Many olive growers cut off the side shoots but leave the shoots upright. This increases the height of the canopy from year to year.

He reiterates that olive trees can be pruned from the movement of shoots that begin to grow until full bloom. Therefore, the size should not be rushed.

Olive growers who are less accustomed to recognizing shoot types should start pruning as late as possible. Then they will see which one will flower or form new branches.

Therefore, growers should prepare their shears, saws and fruit wax to cover large wounds and slowly start working in the olive groves.

Once pruned, the branches should be removed from the olive groves to avoid pest infestation. Then they can be mulched or chopped up to make compost.

Josip Pavlica, secretary of the Association of Olive Growers of Zadar County, said that in addition to treating the parts of the tree whose branches have been cut off with olive wax, a preparation made from copper to prevent pathogens, mainly bacteria that cause olive cancer. , to enter the tree must also be applied.

Disinfection of the cutting tool is also essential.

“As soon as we prune a tree, disinfect the tool before moving on to another,” Pavlica said.

He added that proper pruning should be moderate to create an optimal ratio of wood to flower buds. This preserves the growing shape of the trees, encourages the growth of native branches and leads to abundant yields of high quality fruit.

However, Tomac said growers who aren’t sure should still prune and learn by trial and error.

‘We can stop sinking’: Lawmakers mark anniversary of Illinois’ break with payday loans